The design brief for the additional units for Permanent Faculty Housing was initially to develop one unit of G+1 height. This would contain only 3-bedroom apartments at both floors.

Keeping in mind the fact that the ISB campus has a distinct character, which must be retained, the representatives of ISB were certain that the footprint of the buildings and their outer profile and appearance was to be the same as the existing units.

Internally, the design should be modified to optimize the usage of spaces and eliminate the flaws in structure and services in the existing plan. Substitution of materials, in certain areas could be considered for aesthetic/ value-engineering purposes but the basic layout should not be very different from the existing units.

After the initial design presentation processes, ISB suggested that the number of apartments needs to be increased from the original 4 units to 20 units. After further discussion with the representatives of ISB and the ISB building committee, it was agreed that rather than encourage a horizontal spread of G+1 units, which could not be contained to one part of the present site, it would be more prudent to add an additional floor and develop 6 units as G+2.

The buildings were oriented so as to keep in mind the established logic of ‘mirrored’ layouts, with service staircase common to two adjacent units.

The footprint of the existing units, were to be retained as far as possible. Given this requirement, plus the Clients’ observation that the toilet ducts were inaccessible leading to maintenance issues, the footprint was stretched slightly to accommodate the ducts, within the verandah, so that the elevation remained undisturbed.

On review of the existing apartments, the following observations were made:

1. Kitchen has no natural light & ventilation
2. Toilet ducts are inaccessible leading to maintenance issues – as also confirmed by the Clients’.
3. Large boxed columns are protruding into the rooms due to an awkward structural grid.
4. Inefficient circulation pattern, was affecting spatial efficiency of the living room.
5. Study area, as an offset of the living room, was not receiving the air-conditioning benefit. Also more privacy for study was required.
6. Natural light and ventilation to the living room of the apartments in the upper floors is restricted since the balcony fenestrations are limited.
7. Two store rooms, accessible only from the verandah at the ground floor are not commonly used.
8. The trash room, accessible from the rear verandah, is not required and can be better used.
9. As per the Clients’, the data cabling room was also not required.
10. Clear height of the apt was found to be even less than 9ft.

Based on these observations, the plan was modified to improve the efficiency, and functionality of the spaces without disturbing the existing aesthetic.

Apart from the overall planning, architecture and interiors, the MEP services and structural design was also undertaken by Masters and after review and approval of ISB’s Peer Review Consultant, eventually implemented at site on a Guaranteed Maximum Price contract, awarded to Masters.
Thus this project was the first executed by Masters as part of the “Project Development Management” offering, wherein Clients, if they so choose, can appoint Masters as their single point of contact for design, construction and delivery within a clearly established budget and timelines. 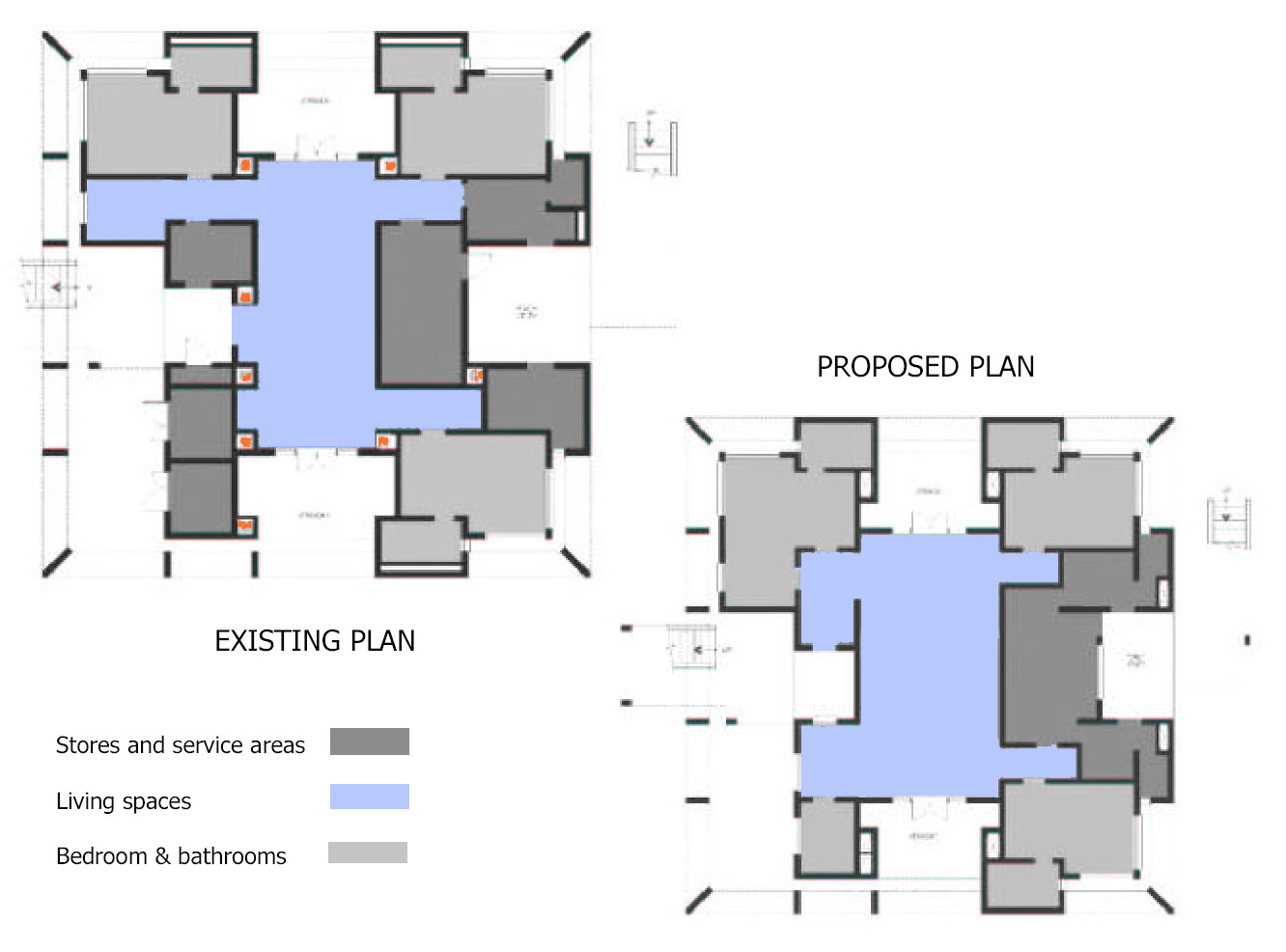 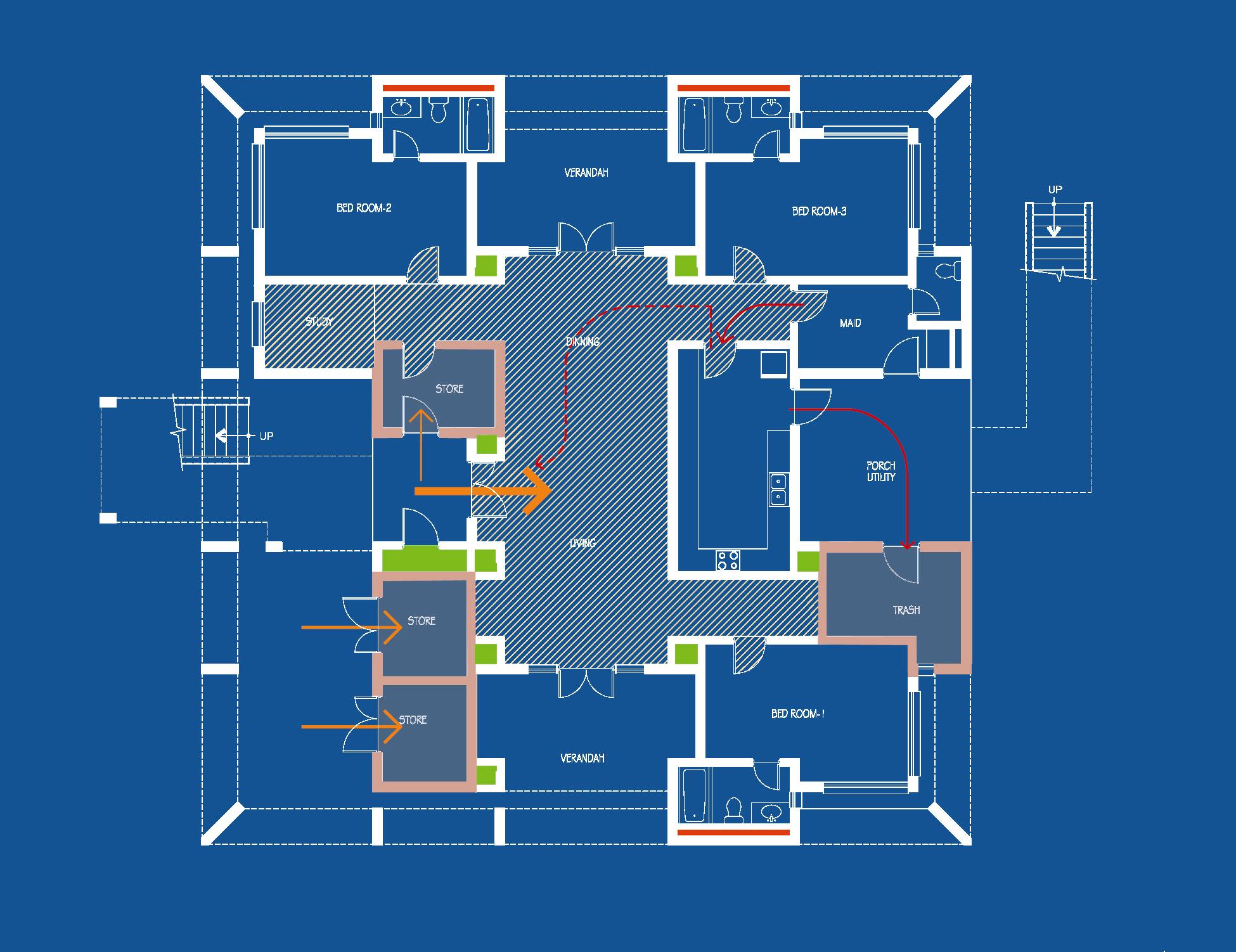 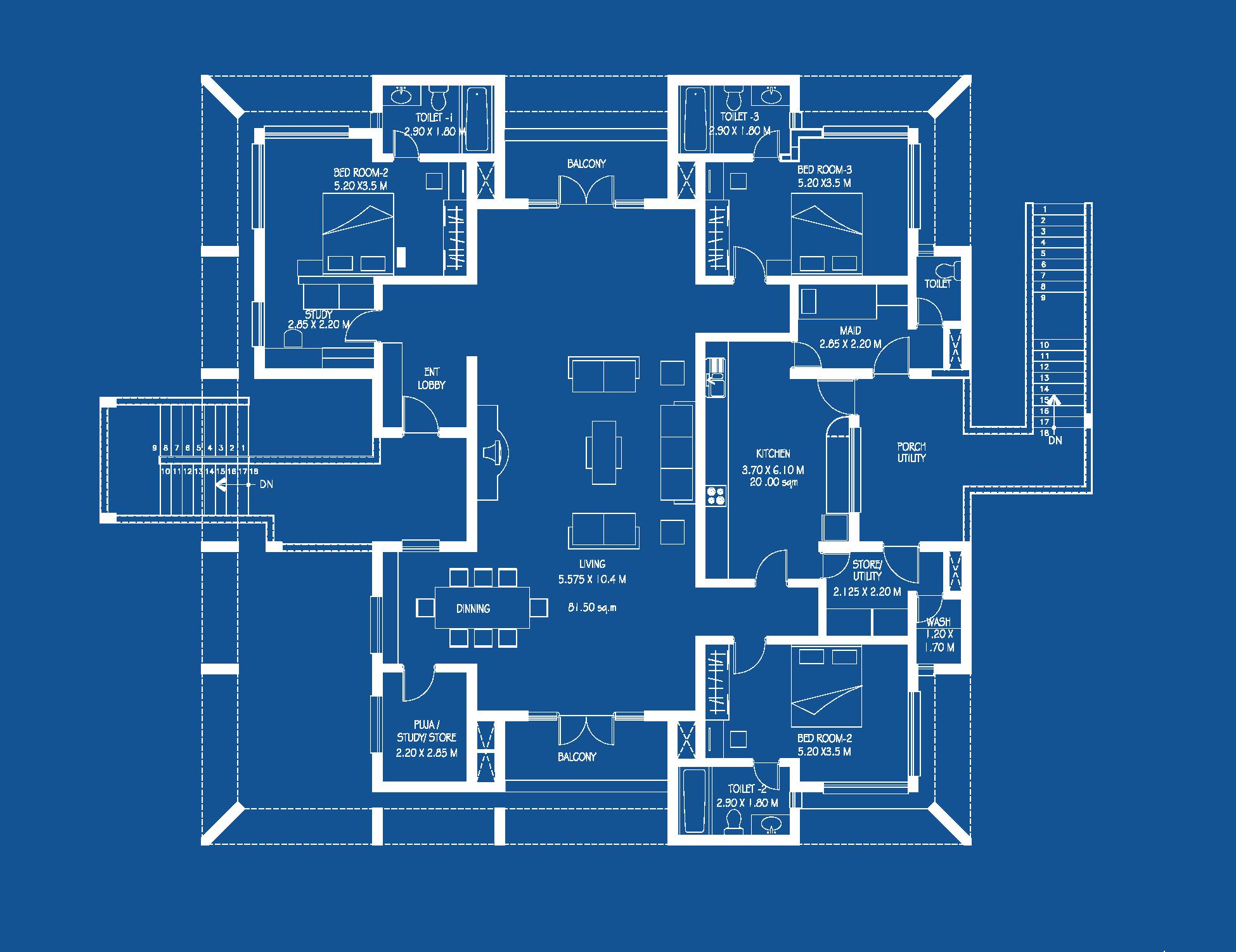 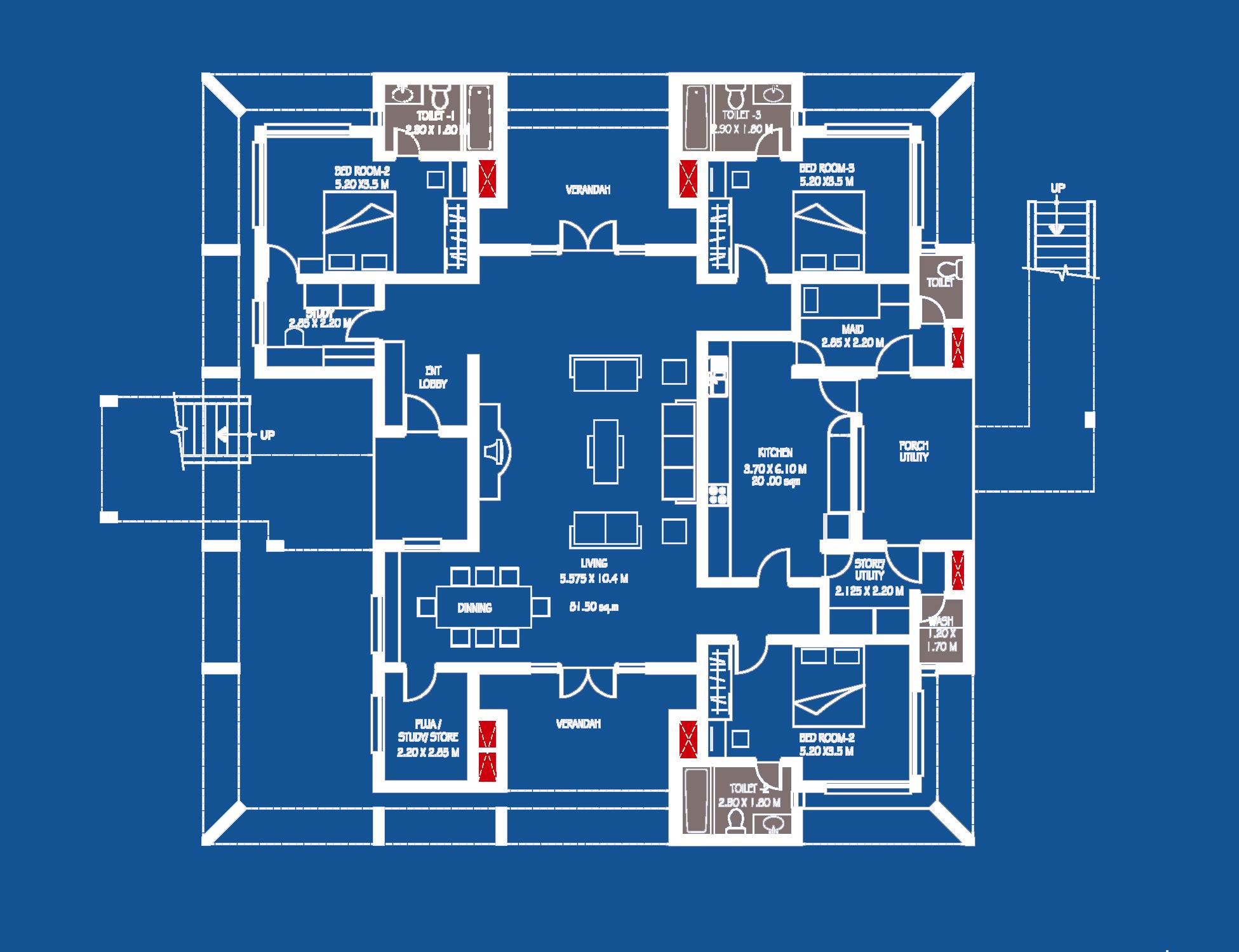