According to experts, as cities gear up to cope with the increasing population, the tall building may well become the new normal, not by choice, but by default.
Construction of high rise buildings had long been sought by human beings and has been actually realized. The realization and development of high rise buildings has been possible due to the advancement of the engineering area such as the advent of steel, elevators and high strength concrete along with the increased buying-power and human passion. The construction of high rise buildings first began in Chicago in the early 20th century and has been led by countries like the US and Canada. 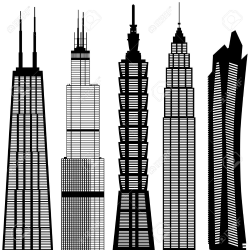